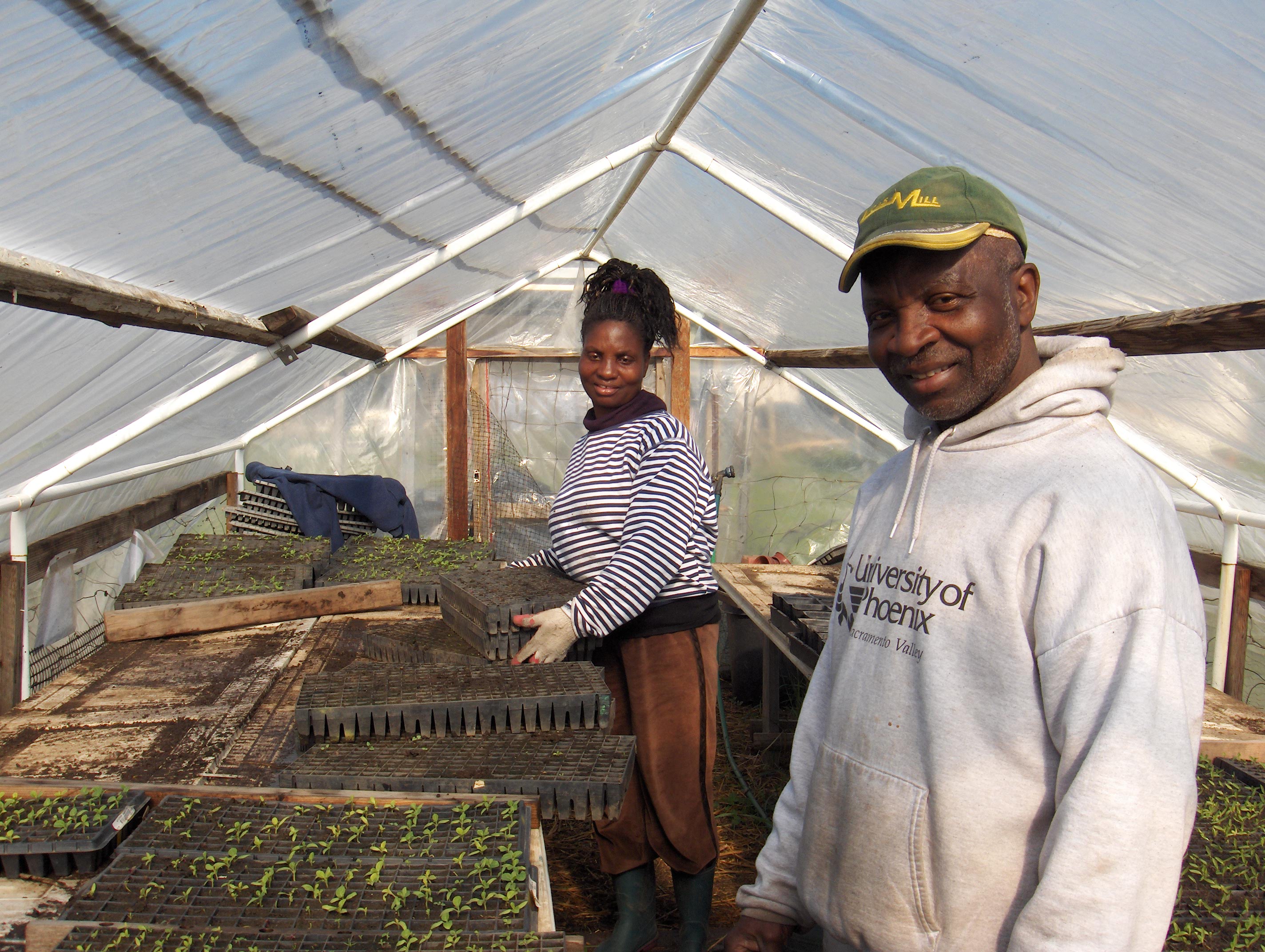 Roosevelt Tarlesson and his family arrived in the United States over 40 years ago from the war-torn country of Liberia with a refugee status. In Liberia, Roosevelt and his children had to hide from rebel armies in refugee camps or in the jungle while seeing their family members face death.

Since they had been farming their whole lives in Liberia, they wanted to continue in the states. Only knowing the African farming culture, they contacted California AgrAbility to help them assimilate to the western farming culture. Roosevelt and his family members suffered from post traumatic stress disorder (PTSD) coming out from the war.

California AgrAbility connected the family with Natural Resource Conservation Conservation Service (NRCS) who offered expertise in irrigation. NRCS also provided a small grant for the family to start a greenhouse where they grew okra and other African vegetables. Craftsmen for Christ helped raise funds totaling $20,000 to help the family renovate their house and farm making it safer for the family. AgrAbility connected Roosevelt with a simple, inexpensive assistive tool to move his chickens which was made out of PVC. With all this support, the Tarlessons were able to successfully farm.